The Korean Drama, Healer, has to be the best k-drama in a long time that involved danger, fighting, romance, secrets, weird degrees of separation and the standard K-Drama “push and pull”. I know I always say that about the last KDrama on my watch list, but Healer really fit the bill.

You have to remember I am a rom/com KDrama fanatic, and I shy away from any action drama that has all action, and no romance.  Healer did not disappoint in the romance department, and definitely not in the action department either.

It’s not enough to just throw a fight scene here or there, but to edit it in a way that makes it feel exciting. To find an actor that can execute the scenes in a way that satisfies the action addict, as well as a romance addict like me, takes skill.  I’m sure you’re asking “how?”, and for the action addict the answer is easy – have as much butt kicking as possible.  For the romance addict, have an actor that any girl can get her crush on quickly and her crush now looks all manly when he’s kicking butt.  I hate to bring up Lee Mi Ho when I’m talking about another actor, but Min Ho was awesome in City Hunter‘s fight scenes, it was realistic, and he looked mighty gorgeous doing them.  I think Lee Min Ho has some stiff competition because Ji Chang Wook of Healer sure looked good kicking some butt.  Actually, he sure looked good – period!

If you haven’t heard about Healer, it’s about dueling stories that come together with a reporter Chae Young Shin (played by Park Min Young), who was adopted due to a tragedy when she was younger, she’s raised in a non-traditional household, and works as a daring spit-fire reporter.  She admires and aspires to be like another popular reporter Kim Moon Ho (play by Yoo Ji Tae) without knowing she is connected to him. This popular reporter, hires Healer (played by Ji Chang Wook) to find a long-lost daughter of his sister, whose father died and whose mother is now wheelchair bound and she doesn’t know her daughter’s still alive.  True to KDrama form, the super secretive and awesomely skilled Healer begins to fall for the firecracker reporter and things progress from there.

Now my summaries do not tell the complete story for good reason.  I don’t want to give away too much but I do want you to be intrigued enough to watch this one, and there are several reasons why.

Ji Chang Wook should be one good reason.  He’s funny without even trying, with his character Seo Jung Hoo’s cranky personality.  Seo Jung Hoo doesn’t have a social life, and his only interaction is with the clever computer genius hacker Jo Min Ja (played by Kim Mi Kyung), which is a love/hate relationship at best.  I love the fact that the director of this drama was genius enough to shoot Healer’s death stares at Jo Min Ja’s interruptions, from a lower camera angle.  If you had doubt that Ji Chang Wook’s eyes were gorgeous – among other things – those shots proved it.  Ji Chang Wook also had swagger, every time he moved I noticed it (strange?). And the romantic scenes from him, were more tender than any I’d seen

for a long time, very natural, no awkwardness there.

And then there’s the fighting.  Aiiyyy, chincha! The man was gorgeous when he was kicking butt. But in all seriousness I think it was in large part due to the director of this KDrama.  He really knew how to work the camera to make things more exciting, more realistic and to bring out more handsomeness from Chang Wook (did I say that a thousand times already?)

And of course I got my spunky female character from Chae Young Shin (played by Park Min Young), she really played the part well, she was beautiful while she did it, and most importantly, believable.  The writers did an awesome job developing her story.

I will say I thought Healer could have ended a little better.  I would have liked to see both Chae Young Shin and Healer on the island he dreamed of, that’s my opinion and I’m sticking to it.

I watched healer on Viki.com but you can also find it on Hulu.com,  Soompi.com, DramaFever.com and CrunchyRoll.com.  Those are my usual KDrama spots. 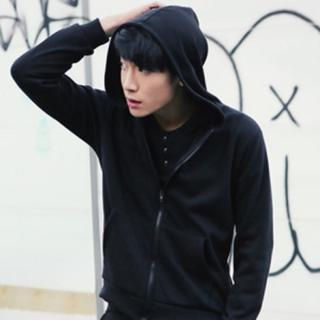