You know, I haven’t been posting much lately, but I’m still watching my Korean dramas (kdramas), and I recently saw Good Doctor starring Joo Won, Moon Chae Won and Joo Sang Wook.  This was a really special show for me, as I have a brother that is handicapped. I’m not going to give you a summary of what the show is about, because I really want you to watch this.  I’m going to talk about the sections that moved me, and if you haven’t seen it, my thoughts may confuse you a bit, but I hope the confusion is just enough to make you want to watch it.

This show tugged at my heart-strings in so many ways. Initially, the first few episodes where he (Park Shi On played by Joo Won) was being abused and beaten up really just made me want to jump through the screen and protect that kid. 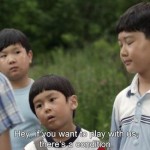 It’s About Surviving The Odds

However, this drama turned out to be a story about surviving the odds in the best way, about coming from behind and using your talents, about taking those talents and reaching your goals no matter how difficult, about real unadulterated, unconditional love, about protecting your own, and about the compassion and understanding of others. 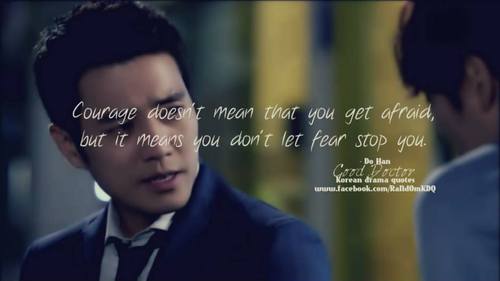 True and complete understanding of someone like Park Shi On, usually comes from someone who loves a person like him, however that is not always a given.  Most times it’s usually a family member.  Cha Yeon Seo (played by Moon Chae Won), however, exemplified the compassion that led to her acceptance of Park Shi On and all his short comings.  Though she led her peers and even her superior, Kim Do Han (played by Joo Sang Wook) to reach that same understanding, I was in love with them all when the rest of the interns came around, I just loved that.

I cried when Park Shi On was awarded confirmation that his test scores were legitimate and he could officially be considered an intern, his speech in the beginning was so touching “I am still different from other people, the way I talk and the way I act are still different from others, that’s why I worked really hard to minimize the gap.  But it wasn’t easy……” .  When he thanked all his peers for filling in the gap, and saying “…..That’s why I am able to stand here today”.  The real tear jerker for me was the moment he locked eyes with Cha Yeon Seo at the end of his speech, after thanking everyone for the help they gave him to get to that point, and saying to her “And….thank you for loving me“……so touching.  Like a proud Omah (momma) watching her son give a valedictorian speech.  I would think there would not be a dry eye in the house.  I know I am a sentimental fool, but I’m a card-carrying one for this drama. Even though I watched this weeks ago, it still lingers in my feel-good psyche.

Joo Won’s acting was beyond superb.  I don’t know how he prepared for the part, but his research, and complete immersion of his character’s challenges were evident in the end result of this drama.  It was like a priceless, fine piece of Rembrandt for me, I can explain it no other way.  I’ve never seen any other work he did.  But I’m learning that he goes for the “eclectic” roles, and he should, because he was darned good in this one.  He stood out, not for looks, body, sex appeal, but pure talent.  Those are the best kind.  If I had ten thumbs I would give him a “10 thumbs up” for this one.  You absolutely MUST see this one if you haven’t yet.  I watched it on DramaFever.com (finally broke down and got the premium membership – zero commercials!), and it can also be found on Viki.com, Hulu.com, GoodDrama.net, and KDrama.com.  You won’t be disappointed.

Roommate and Reality TV
So Much "Seoul" In South Korea