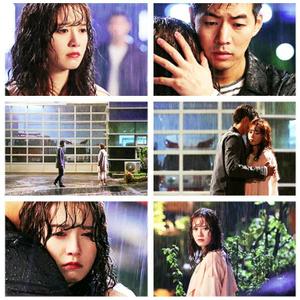 The Kdrama Angel Eyes Have It and I think I’ve just fallen in love.  What a neat little romantic Kdrama, with the leading roles being taken on by Ku Hye Sun, and Lee Sang Yoon.  I’ve done a weekend marathon and completed this series and it’s an easy and pleasant watch. I’d say that Angel Eyes definitely has the “it” factor.

The Angel Eyes Have It

Angel Eyes is about a blind teenage girl and a teenage boy falling in love, but in true kdrama fashion, there’s tragic family issues that tears them apart.  And when I say tragic, I mean gut wrenching, tear filled tragic.  Just a heart breaker.  But then this wouldn’t be a true kdrama romance unless there’s some tragic tears to be shed. Of course the blind girl gets her eye sight back (not going to tell you how – ’cause that’s part of the tragedy, you’ve gotta watch to find out), and the boy comes back after some years to find the girl, and the drama unfolds from there. Angel Eyes even comes complete with the conniving family members trying to hide and plot all kinds of stuff, disappointed ex-fiancees, and detectives who won’t give up until they get to the truth.

But Is This Reality?

Now I’ve got a question:  It is a constant theme in these kdramas that a couple meets, and separates for some (always) tragic reason, of course without having the opportunity to say goodbye, and stay separated for some time (usually YEARS), they remain in love, and the love seems to remain burningly strong even after all those years (which, by definition, is what true love is supposed to be about).  The pair always wreaks havoc in the lives of others trying to get back together after their “reunion”, and someone always winds up getting hurt.  What puzzles me is one never seem to have gotten married, or popped out some kids. Both are always partly available as in “not married” (although there’s a high number of ‘engaged’ ones).  Here’s my question…..is that even remotely close to reality?

Of course not.  Reality would spawn for a very swift series….5 episodes at best.  The first 4 would encompass the initial meeting and falling in love, the tragedy, the separation…and then episode 5 would show “umpteen” years later, when one comes back to find the other….married – with kids, and a home….and happy….and forgotten about the one.  12 years is a long time to hold onto the hope that the other will come back.  Thus episode 5 would end in a resounding thud.  But….that’s life.

But I’m grateful that the kdramas never pay me or reality any mind, because if so, I would not get the opportunity to lay my eyes on 20 separate occasions of the beautiful Lee Sang Yoon.  He is DEFINITELY now on my top list of Korean Male Favs.  If you’ve read any of my posts, you know I have a list of my favorite Korean male actors on KDramaLovr.com, and So Ji Sub always seems to grace the top spot, but Lee Sang Yoon is my new “newbie”.

Lee Sang Yoon has a quiet cuteness (sorry guys, I know you don’t want to be called “cute”).  He feels attainable, like a kid around the block  that you grew up with even though you didn’t.  And that dimpled smile of Sang Yoon’s could turn any good girl into a sniveling bundle of slackness. His presence is commanding, in an unassuming way (oxymoron, I know).  His sexiness doesn’t have the immediate scorching heat of some of my other favorites, but look at Sang Yoon long enough and you’ll see it’s there.  And he’s a brainiac – he majored in Physics.  He’s tall – all 6 feet 1 inch of him.  I’m sure there were a lot of girls trying to clamor into physics class when he was there 😉 .  Any girl who gets her claws in this one is one lucky female.

Finally, and most importantly, his acting is veeeery natural.  If he wasn’t super gorgeous I would still say that.  He fed off of the chemistry he had with Ku Hye Sun very well and that made for a believable story line in all that crazy drama. Even though the plot was craaaaaaazy-out-of-this-world, with a thousand twists and turns which was so frustrating, it  still felt real, like it maybe, possibly could squeeze throughout the reality sphere and be real.  I think that was partly due to the superb acting of both the leading roles – the young and the older versions. I say it again, Lee Sang Yoon was truly a natural 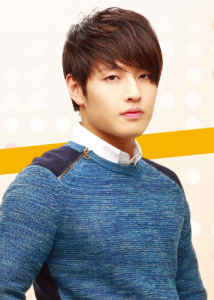 Now Kang Ha Neul played the younger version of Park Dong Joo, and I was soooooooo glad I got to see Ha Neul’s acting chops because I felt I was so robbed of his fully developed character in Hiers.  Ha Neul was part of the main course in Angel Eyes and I loved every minute of him on screen, I finally got my wish.  It would have been nice if he’d played the part of Park Dong Joo throughout the series, but he didn’t, and I consoled myself when my eyeballs landed on Lee Sang Yoon (sorry KHN).  But Ha Neul was great, as I suspected he would be, especially after I did have the opportunity to see him in Heirs and what little I did see of him, stuck to my memory. 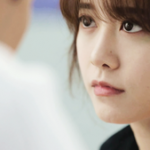 Now the girls didn’t disappoint either and the stand out for me was Ku Hye Sun who played the part of Yoon Soo Wan very well, and you know I like my spunky girl characters.  Soo Wan was spunky when she was blind, she didn’t take any mess, and when she finally got her eye sight, Soo Wan’s spunk increased even more as an EMT.  I loved the suicide scene where she was supposed to talk the guy off the ledge, when she was done I thought for sure he would jump.  I’ve seen Ku Hye Sun in so many Kdramas and not once has she ever disappointed me.  I absolutely LOVED her in Boys Over Flowers.

Angel Eyes is a great romance drama with a beautiful love story, and if you’re a romance addict (and an avid “Kdrooler”) like I am, you’ll enjoy this one.  I got my happy ending ~sigh~, even though it took forever to get there, I still got it.  I watched this on Viki.com with my iPad and google chrome cast (love it), and I enjoyed every twisty, turny, torturous, romantic minute of it!